An uplifting trip to Tinos – Villages and Monastery

An Ursuline Convent, a Catholic Monastery and some boulders!

In the grand scheme of things to go for a quick trip to Tinos from Syros (you get precisely two and a half hours) is easy, the ferry runs almost daily and takes 30 minutes. So, going over to meet some hoteliers should be easy; well it was until the Blue Star Patmos caused some disruption. This has led to a slight alteration in ferry schedules meaning we would only get two hours on Tinos, impossible for one meeting here let alone three! What lunatics only want a couple of hours in Tinos anyway? So, we decided to stay overnight and do a bit more “village hopping”.

Time spent on Tinos is something we never regret, you don’t need a car as during the season the buses run between villages frequently. However, we did hire one, the moped not making this journey as there were three of us (although I have seen three people on a moped it’s not exactly legal, practical or terribly business like.)

By the time we checked in to our apartment and stopped taking pictures of the view of Mykonos, Delos and Rhenia with Naxos in the background, we were running a bit late again, our lovely host called the Ursuline Convent we wanted to visit and the volunteers who run agreed to wait until we arrived to show us around. The Convent was established in 1862 apparently by an English woman (I need to research this further) and at its peak had 300 students from all over Europe. Now a small museum, it has preserved classrooms and a beautiful chapel. It is a wonderful place to visit and the volunteers will give the tour in English, which is extremely useful when you don’t speak a word of Greek.

Leaving the Convent, we ended up on the road to the ancient capital Xomburgo, you actually can’t miss Xomburgo it is the huge conical rock that dominates the south of island when you are approaching Tinos by ferry. Once one of the strongest fortified castles in Aegean it finally capitulated in 1715 and was completely destroyed by forces of the Ottoman Empire. It is now a site of considerable archaeological interest, and the view from the top on a clear day is supposed to be so good that you can see as far as Santorini. We however, did not climb it due to the heat I might add, not my alleged laziness! We did wonder around the beautiful Catholic monastery of the Sacred Heart of Jesus which lies on the slopes of the mountain though. A monastery with a rather complicated history, it is one of the most important sites of pilgrimage of the Catholic church in Greece. Overall it is pretty magnificent both its architecture and the view it affords you across the island. As was just the three of us there it was also very serene. In the middle of the courtyard of the monastery is a statue of Jesus sculpted in 1950 by the Tinian sculptor Dimitrios Filippotis which is dedicated to the Catholics lost in wars between 1912 and 1950. 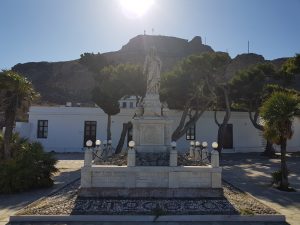 On the way back we took the turn for the unusual village of Volax. Geology was never my strong point (much more my brother’s cup of tea) and the mention of seeing some boulders hardly leaves me dancing jigs even if there is allegedly a village built on the top of them!

However, even for me the landscape around Volax is fascinating, there are granite boulders of various size and shape, scattered all around like some strange space landscape. How these huge monoliths got there seems to be a bit of a mystery, and not being a geologist, I could not possibly say. Possibly they are the result of a volcano thousands of years ago, or of a volcano on another island, (heaven help anyone who was standing nearby if this was the case), a meteorite or a giant
having a tantrum with his marbles (I made the last one up!). Whilst trying to find out about the origin of the boulders I have discovered a sport called bouldering which takes place around Volax (if you do this sport I am sorry was not aware of it before now!)

In all honesty, I was thinking that we could probably leave Volax off the guided tours because we have enough villages to fill a month let alone a few days, but guess I am in wrong again, it is such a beautiful little village and its amphitheatre really is built on boulders!

I am off to read the thesaurus for the next time we visit Tinos because I am running out of superlatives ! 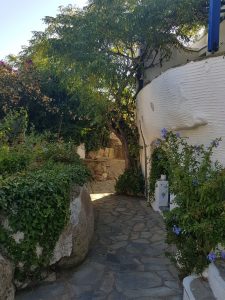 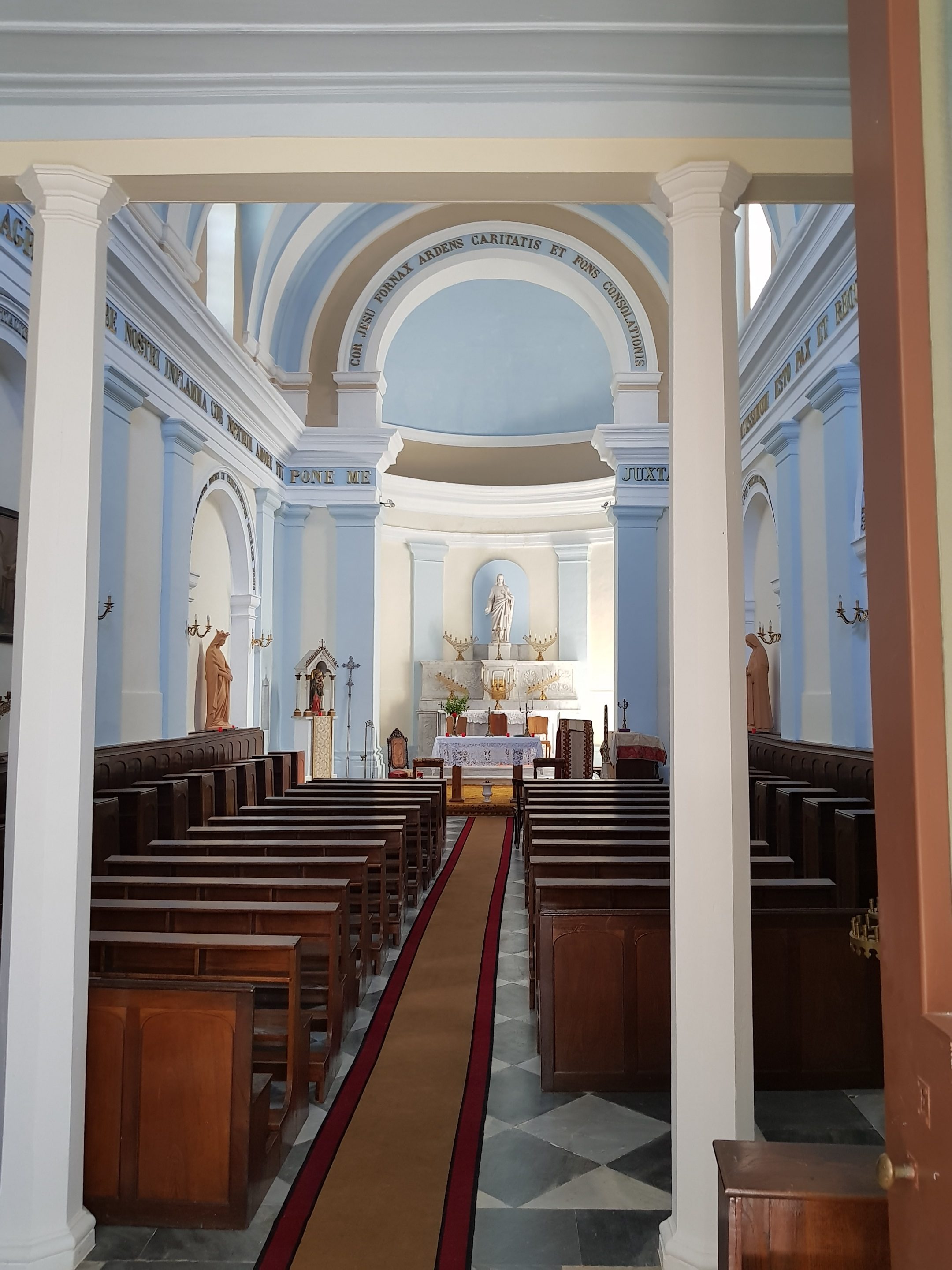