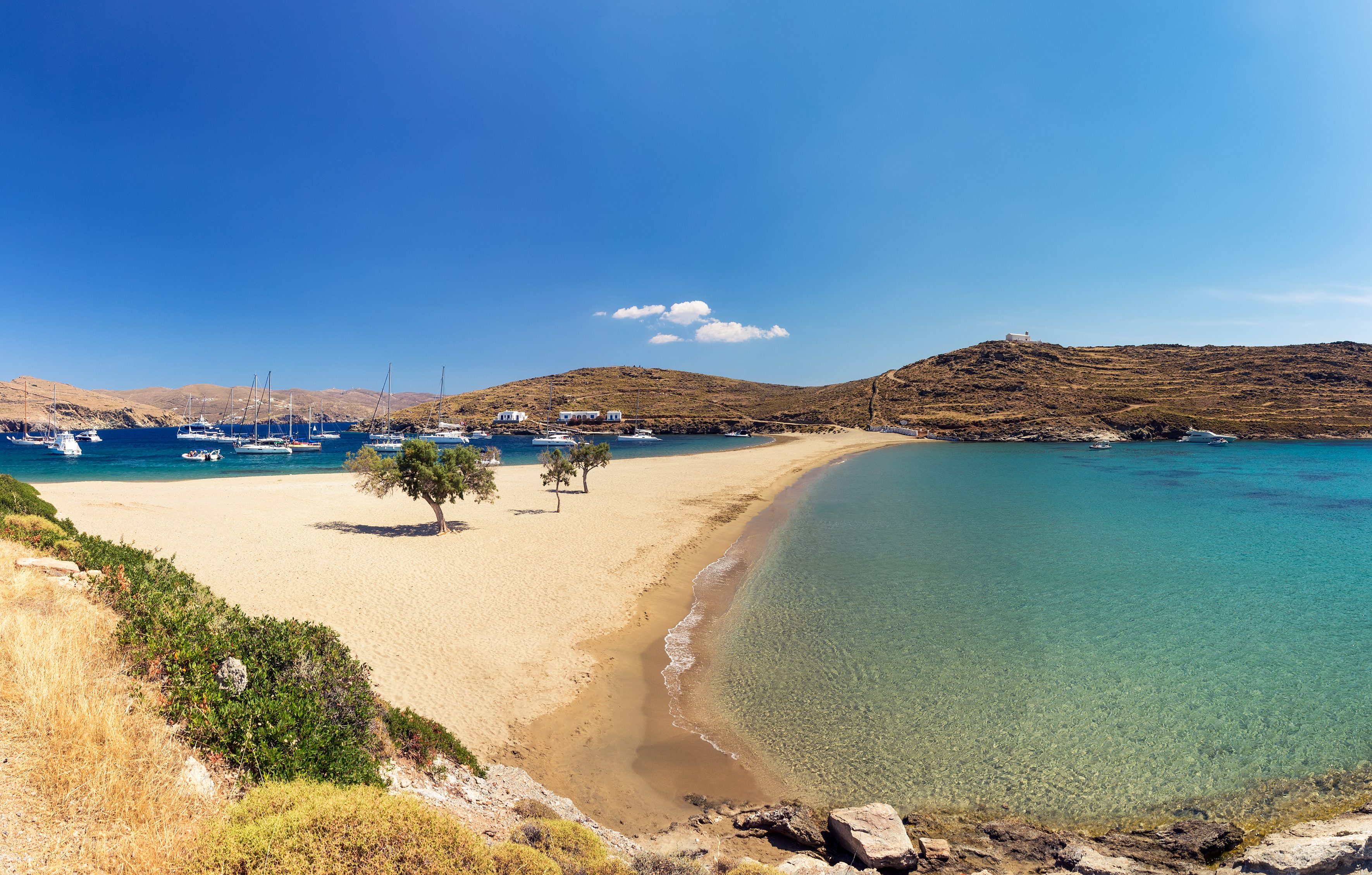 What we think “genuine, an island for the true Grecophile, peaceful, undiscovered”

What we think “genuine, an island for the true Grecophile, peaceful, undiscovered”

Suffused with legends of demons, ghosts and vampires Kythnos is nestled between Kea and Serifos  on the western fringes of the archipelago. Due to its proximity to Athens, Kythnos has become a popular destination for many Greek tourists especially in the summer and many have holiday homes here. On first sight Kythnos looks barren with the only colour being provided by terraces where grape vines are cultivated and orchards of fig trees. However, the interior of the island contains beautiful villages, a typical Cycladean Hora, a small pine forest and many places of religious interest and with a coastline of around 100 km there are around seventy beach many of which are only accessible by foot or boat.

Still relatively undeveloped Kythnos retains its authenticity and life on the island carries on much has it has done for many years.

At Maroulas on the north-east coast of the island, excavations uncovered a Mesolithic settlement
(c9500-8500 BC) the oldest evidence of human habitations in the Cyclades.

Kythnos was known from ancient times for its thermal springs at the picturesque little harbour village of Loutra. Indeed, the island was also known as Thermia due to the sulphurous springs which are said to alleviate symptoms of rheumatism, arthritis, gynaecological issues and various other ailments. Among the visitors to the springs were King Otto and Queen Amalia, and in 1856 Amalia commissioned the building of a bathing establishment and a hotel. The hotel, Xenia, was the work of the famous Bavarian architect Ernest Schiller unfortunately the hotel was added to in the 1960’s, which somewhat detracted from its looks. It is now abandoned but the baths and the hotel make for interesting viewing. You can bathe in the spring waters where they meet the sea at the beach at Loutra.

Eight kilometres from the main port of Merichas where you will find, ATMs, car hire, travel agents and supermarkets and also boat trips, is Kythnos Hora otherwise known as Messaria. Hora is typically Cycladean in character with traditional alleyways lined with restaurants, bars and little craft shops. It also has a few churches notably Agia Triada the oldest church in Hora dating to around the late 16th century, however evidence in the chapel points to it being built on the site of an ancient place of worship. Messaria was an agricultural settlement until the scourge of the Aegean the pirate Barbarossa’s raids in the Cyclades in the early 16th century which drove the landowners inland from the previous capital Kastro Orias which lies on the north of the island. The even earlier Capital of the island was Vryokastro now a significant archaeological site, thought to have been inhabited between the 10th century BC and 6/7th AD.

Another significant settlement in Kythnos is Dryopida lying in the centre of the island, it is very different in architectural style than Hora so well worth a visit. The village also has a Byzantine and Folklore Museum and perhaps its most famous landmark is Katafyki Cave, the largest cave in the Cyclades.

Kythnos has many sandy beaches however, the most famous is Kolona Beach a beautiful isthmus connecting Kythnos with the rock island of Saint Luke, the trek to get there from Apokrousi beach is well rewarded. It is not an organised beach although there is a taverna at the one end.

Kythnos island holiday is suitable for all types of traveller and is great in combination with Kea, Sifnos, Serifos and can work with Syros.

There are daily crossings from Athens taking between 1.30-3.00 hours dependant on the type of ferry. There are also regular seasonal sailings from other islands. We will advise if you choose Kythnos as a holiday destination.

There are buses that link the port, Hora and Dyropida and some of the other main sites.
There are also traditional caiques that provide transfers to the more isolated beaches.

Car hire is available in Merichas. If you are considering car hire please read the information regarding driving in Greece on our useful information page.

Kythnos is an ideal island for hiking and guided hiking is available.

Visit Katafyki Cave with its colourful stalagmites and stalactites, it was also a mine and provided refuge in the second world war.
There is a vibrant dive scene in Kythnos with shipwrecks underwater caves and sea life in crystal clear seas.

Kythnos has some major sites of archaeological interest with work on the island ongoing.

Try local delicacies, since antiquity Kythnos has been known for its honey and wine, local favourites also include pork, pies and sun-dried fish. Plinny writing during Roman times noted that that Kythnos produced excellent cheese, he put this down to a certain flower which grows on the island, Kythnos still produces excellent cheese to this day.

We will keep you up to date with anything happening on Kythnos during your stay.

Nightlife in Kythnos is low key there are plenty of restaurants and bars to while away the hours in the evening.

Get in touch to start planning today